Nine West goes the way of Target, Jacob, and Parasuco 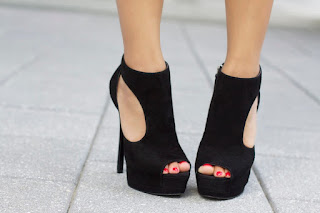 Earlier this week, Toronto-based Sherson Group Inc, owner of Nine West in Canada, has filed for bankruptcy protection. The shoe distributor is owner of 48 Nine West retail spots in Canada, the closures of which could leave a large hole in the footwear retail world.
While the company may be able to restructure, shoppers throughout the country are concerned for their favorite footwear. The financial difficulty comes on the heels of many other Canadian apparel retailers in Canada filing for bankruptcy - Mexx Canada, Bikini Village, Target Canada, Smart Set, Jacob, Parasuco, etc.

Here are some of the top stores covering the bankruptcy, (click on the links for stories from their sources):