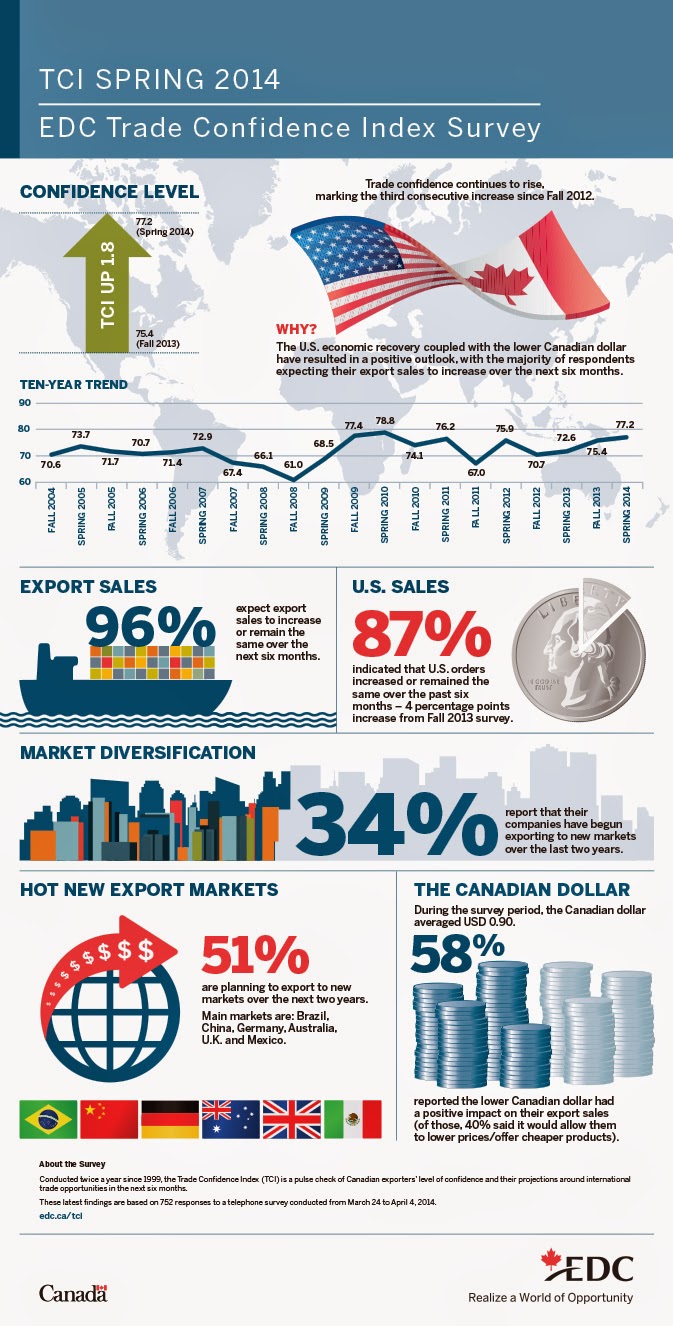 Hébert, who is also Vice President – Trade Credit, of AIG Insurance Company of Canada, said the receivables insurance industry has single-digit market penetration among Canadian businesses and premiums across the country experienced a modest year-over-year increase of 2.7% in the first quarter of 2014, according to data from the Office of the Superintendent of Financial Institutions.

Yet the International Chamber of Commerce (ICC) Trade Register Report 2014 provides empirical evidence that, in all forms, trade and export finance is a low risk bank financing technique. Based on data contributed by the major global commercial banks and reflecting more than 4.5 million transactions totaling an exposure in excess of US$2.4 trillion, the ICC Trade Register Report 2014 (“the Trade Register”) empirically demonstrates that trade finance is lower risk than many other types of financing and assets. It records that short-term trade finance customer default rates range from a low of 0.033% to a high of 0.241%, which is a fraction of the 1.38% default rate reported by Moody’s for all corporate products (according to 2012 figures).

“These important findings from ICC motivate our association work with brokers, bankers and businesses to transform the vastly under-insured state of corporate receivables in Canada. The lack of receivables insurance introduces undue risk on working capital loans, inhibits the amount that can be loaned, and also forces higher interest rates on business clients that artificially restrict sales growth,” said Hébert.

In much the same way mortgage insurance is designed to protect the bank in the event of a foreclosure, receivables insurance protects businesses from buyers — in Canada or abroad — that are unable to fulfill their invoice payment obligations.
Such unforeseen trade disruptions can include buyer insolvency, protracted default – a failure to meet obligations on time due to inadequate cash flow, or political disruptions that lead to a loss on current receivables.

“Last year we launched the Receivables Insurance Association of Canada with most of Canada’s major receivables insurance underwriters, several brokers, as well as a major bank,” said Mark Attley, the association’s President. “Our stated goal was and is to grow a $200 million market to a goal of $350 million within five years. All our founding members remain with us into our second year, and I’m pleased to say we also welcomed new members from right across Canada including Gerald Shtull & Associates, Dan Lawrie Insurance Brokers Ltd. and several individuals from trade credit and political risk companies.” Attley pointed out that individual association memberships now start at an affordable $200 per person.

In its second year, the Receivables Insurance Association of Canada is undertaking the following initiatives to bring even more value and networking opportunity to its members:
Hébert also stated that he is pleased to be working with a stellar association executive team including Mark Attley in his second year in the role of President; Christopher Short, in the role of Vice President; Mike O’Brien in the role of Secretary Treasurer and Ian Miller as Chair of Governance. Short, O’Brien and Miller are also respectively senior receivables insurance executives with Coface, Euler Hermes Canada, and Atradius Credit Insurance N.V.